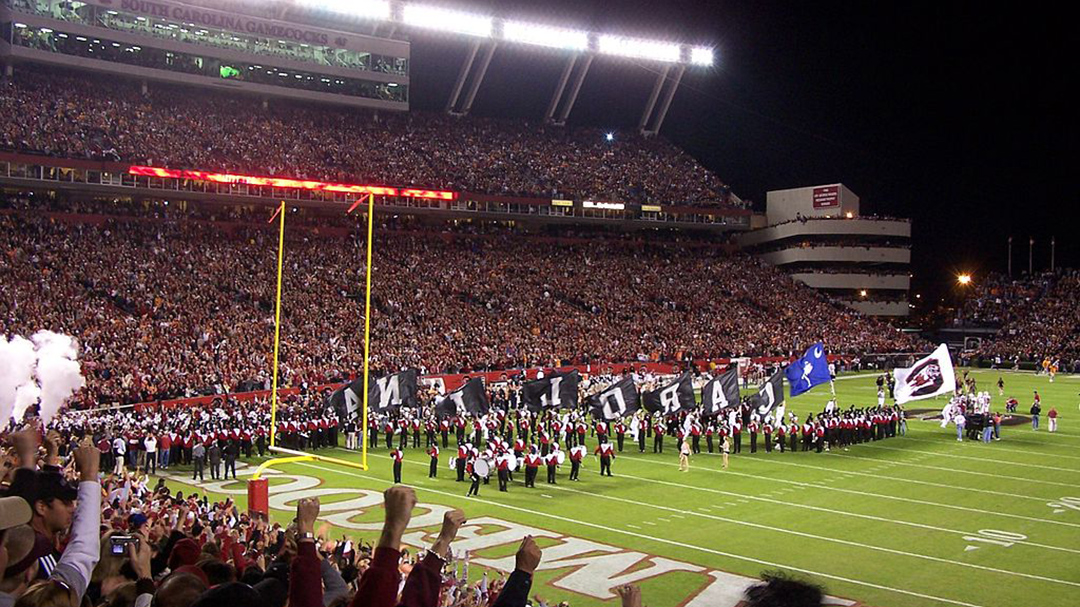 If you thought Michigan sucked against Notre Dame last week, wait until you see Purdue. If football operated like soccer, the Boilermakers would have been relegated to the FCS after last week’s 21-point loss to Central Michigan. END_OF_DOCUMENT_TOKEN_TO_BE_REPLACED

Due to scheduling issues, Dan and I weren’t able to record a podcast for week 3. You can visit my weekly column to see my picks. I apologize and we’ll be back strong next week.

Florida Atlantic at Alabama (-41) – STAY AWAY

This line is tempting, as Florida Atlantic got blown out by Nebraska last week. Nebraska is no Alabama. Problem is, Alabama just came off of their high-profile season opener, and they open SEC play against Florida in just a few weeks. The next two games against FAU and Southern Miss are what I call “lay up” games. That refers to laying up in golf, not a basketball lay-up. Saban could go for the green against the Owls, but most likely he’ll want to try new things, test out some parts of the playbook that need work, get Jacob Coker some reps, and get out of this game with the W as quickly as possible. They can win convincingly, 42-7 or something like that, and still not cover. We don’t bet against Alabama here, so that only leaves one option. Stay away.

The Doris Burke Memorial 11:45am ESPNU Game of the Week

On this week’s Take the Points podcast (shameless plug), we had some dissent over which game to choose for our newest feature, the Doris Burke Memorial Game of the Week. We give this honor to a game that meets two qualifications:

A) It’s played early in the day.

B) The only people watching are alumni from the two schools.

Note: Whether Doris Burke is actually announcing the game is irrelevant, although chances are she will be.

Because of the early time slot and the lack of national interest, gauging these teams’ interest is nearly impossible. Kansas State could beat Iowa State by 40 on one channel, while on the next channel Oklahoma could struggle against a hapless Tulsa. It’s difficult to predict. At the same time, you can often find value in these games, because I don’t think Vegas really cares. “Penn State versus Akron? Whatever, just make it two touchdowns.”

This week I offer two choices. I’ll try to be more committal in the future.

I won’t waste your time analyzing Purdue’s spread attack or giving you 40’ times on Central Michigan defensive backs. Who gives a shit? That’s like going to Morton’s and talking about the bread. Here’s all you need to know: Last week, Purdue only beat Western Michigan by 11 points. Central Michigan is better than Western Michigan. Much better. Plus the Boilermakers have Notre Dame next week, so it’s a trap game. Take the points. Tickets to this game start are $12 on StubHub, by the way. It’s actually cheaper to attend this game in-person than to pay for the electricity to watch it on TV.

Illinois, the Big 10’s other bargain basement team, ended last week with a convincing win over historic college football powerhouse Youngstown State, 28-17. And to make things worse, Youngstown State is secretly tanking their season so that Jim Tressel can become coach next year and begin his Game of Thrones-style takeover of the country. Meanwhile, Western Kentucky embarrassed a pretty good Bowling Green team last week, putting up 59 points in a rout. Some of the best bets you’ll ever find are when a good non-power conference team takes on a bad Big 10 team. This might be my favorite bet of the week. Western Kentucky wins straight-up, 41-37.

One more podcast note. My co-host Dan advised everyone to toss out UCLA’s week 1 performance, due to the fact that the Bruins had to play an early game after a long cross-country trip. I understand the cross-country logic, and although I can’t find any statistics to back it up, anecdotally I’ve certainly seen many good teams mail it in against an inferior opponent after a cross-country flight. It happens in both college and NFL. In a game of inches and micro-seconds, you need to have your edge. We’ve all been on a 6-hour Delta flight with a baby crying and some slob spilling his nut-free cookie crumbs all over you. I’ve taken trips to California where it felt like I was drunk when I got off the plane. (And I only had like 3 Jack & Cokes!) So, I get it. That said, UCLA’s offense didn’t just look tired against Virginia, they looked bad. The O-line couldn’t create holes, Hundley wasn’t sharp at all, and if not for a tremendous defensive performance, they seriously could’ve lost that game. I need to see a bounceback performance before I believe in the Bruins. Dan, however, likes them and thinks we’ll get value on UCLA for the next couple weeks. I do agree this line would’ve been a lot higher had UCLA performed as expected last week. Memphis did play well against Austin Peay last week — another case of “is that a team or a guy?” — but you have to assume they’re not very good until proven otherwise. I won’t advise you to bet on this game, but I felt obligated to share.

One of the rules of Take the Points is this: Always bet against New Mexico teams. I made a killing for years following this strategy, until last year when New Mexico State decided they were going to be good all of a sudden. (NM State was like the girl in every teen movie who took off her glasses and baggy sweater and all of a sudden became super hot.) The Sun Devils have a short road trip, a great offense, and the experience of playing in America’s second-best conference. If they can just avoid Walter White’s meth dealers on their voyage through the desert, they’ll be fine. Lay the points.

Auburn is the truth. If I could re-do my preseason picks, they’d be in the playoff, possibly winning it all. Nick Marshall finally gets to a play a full game. Woodshed.

Going Out With Friends over Ohio State/VA Tech

Classic example of the rare “huge game” that I have no interest in watching. Ohio State looked questionable against Navy, but many teams struggle against the Midshipmen’s weird triple-option attack. I still believe J.T. Barrett will ultimately be a decent quarterback, but right now he and the entire Buckeyes team have work to do. Virginia Tech also struggled in week 1, racking up a 34-9 win over the lowly William & Mary. Urban Meyer and co. comes into this game as an 11-point favorite. Normally I’d advise taking the points in this defense-focused game, but Ohio State has a strange voodoo-esque way of covering spreads that they have no business covering. For further information see last year’s OSU-Northwestern game, when the Wildcats botched a lateral on the last play and Ohio State recovered in the end zone, no time remaining, to cover the spread. This VA Tech game will be 26-21 with 0:07 seconds left, Michael Brewer will drop back to pass, and the ball will picked off by Maurice Clarett riding a unicorn, who takes it to the house as time expires. At least that would make the game worth watching.

One of college football’s biggest traditions is hysterically overreacting to whatever happens in week 1. For example, did you know Todd Gurley is the greatest running back to ever play the game? It’s true. I suspect everyone’s attitude about USC may be another overreaction. They’re clearly better than they were under Lane Kiffin, but Fresno State isn’t exactly Oregon. (Hell they’re not even 2013 Fresno State.) Let’s all relax until we see what the Trojans can do.

Stanford is the exact opposite. They’ve had a string of successful seasons and solid bowl appearances, making them a boring choice in 2014. However the fact remains that Kevin Hogan is a capable leader, the Cardinal always have a strong defense and run game, and David Shaw is one of the best coaches in America. I’m putting my money behind the boring, consistent team. It’ll be a tight game though. Be prepared to sweat this one out. Stanford 31, USC 26.

Both of these teams looked very similar in week 1, with blowout wins over inferior opponents. I give Notre Dame a lot of credit for handling Rice, a semi-decent team that won Conference USA last year. Michigan didn’t impress me quite as much, as Appalachian State’s history against the Wolverines far outshines their actual ability. Still, UM took them out behind the woodshed, so you have to respect Hoke, Gardner and co. for that.

Here’s a link to the Michigan-Notre Dame rivalry Wiki page. This game is almost always competitive. Even when one team wins by a dozen or so points, the game was usually close into the 4th quarter. If Notre Dame does cover this spread, I expect it to be done in garbage-time fashion. My pick is Michigan, though. Devin Gardner throws for 300 yards, the Wolverines win in a 4th quarter comeback, the guys on Around the Horn spend all week screaming about how “Michigan is back!” and “Brady Hoke just saved his job!,” and all UM fans start getting their hopes up before the team goes on to lose to Utah. Michigan 37, Notre Dame 34.

Well, here we are. Not just the game of the week, but one of the best games of the season. A true (trill?) top ten match-up. Michigan State is a defensive titan with a smart game manager at quarterback and a stable of powerful running backs. They’re the type of team that has matched up extremely well against Oregon over the past five years. (Think not only Stanford, but the Ducks’ SEC opponents like LSU and Auburn.) This line opened at 13 or more in some places, which I thought was crazy and semi-disrespectful of the job Mark Dantonio has done over the past two years. MSU is the defending Big 10 and Rose Bowl champion. They’re the real deal, not some flukey team from a minor conference. America seems to agree with me, as the line has moved down to 11.5, and might be lower by gametime.

Listen, Oregon is Oregon. They’re fast, talented, and have one of the best quarterbacks in the country. I picked them to win the National Championship. The Ducks, at home, at night, under the bright lights of Autzen Stadium, will squeak this one out. But expect a slug fight.

Listen to the Take the Points week 2 podcast

Welcome back to the Take the Points College Football Podcast. Tom, Dan, and special guest Ryan preview the week 2 lines and give their predictions. They also recap the teams that impressed them in week 1, as well as the teams they feel are overhyped. The show ends with a discussion of “the yips” and Ryan’s prediction for the 2014 Buffalo Bills season. Plus, an update on Tom and Dan’s epic UConn vs. Syracuse challenge.

Listen here or subscribe to the Take the Points College Football Podcast on iTunes. 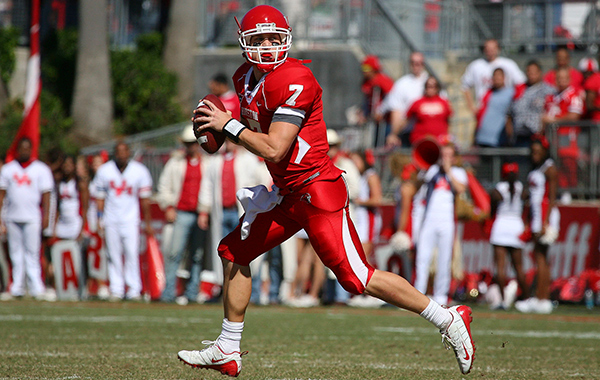 If you haven’t seen my conference-by-conference season preview, you can read it here.

Here are my picks for week 1.

I don’t want to be that guy, but Boise might be done. They weren’t very good last season, not only by Boise standards, but even by Mountain West standards. At least they had the smarts to drop out of the Big East, so that gives them at least one big win. As for this game, all signs point to an Ole Miss victory. The Rebels should be improved from last season, when they were a pretty good team. Bo Wallace made a name for himself, and after being SEC-tested, he should have a field day against a Mountain West foe. END_OF_DOCUMENT_TOKEN_TO_BE_REPLACED